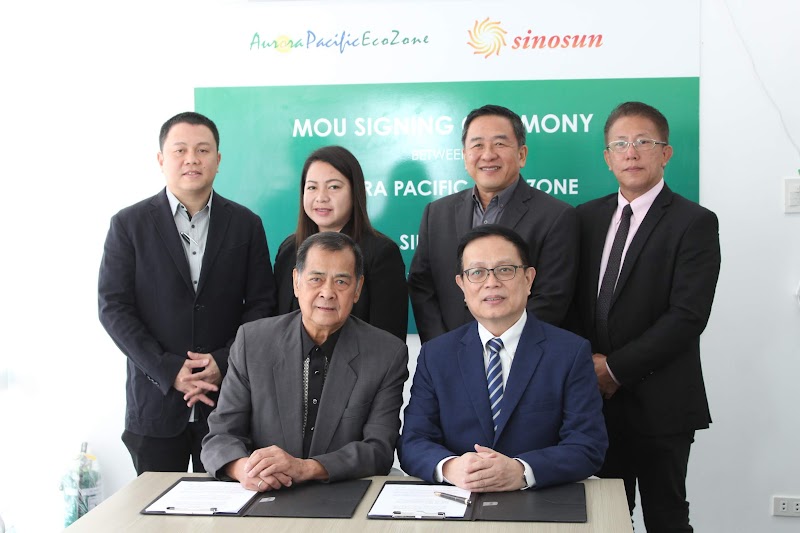 In the said MOU, SINOSUN will commission and/or conduct various developmental studies that include, among others, power generation, railway links, road networks, port expansion and redevelopment, hotels and resorts, banking and finance, agro-marine, and tourism and entertainment-related ventures. SINOSUN will also set up a study on the possibility of establishing a hub which will cater to and support financial technology industries. All these, if realized, are expected to create significant employment opportunities for the people of Aurora and income for APECO and the local government.

SINOSUN is a diversified holding and consultancy company focused on promoting Freeport Zones in the Philippines as premier investment destinations and assisting international companies and investors with the processes to be locators in these locations. The Company is also currently a locator of Subic Bay Freeport Zone and Cagayan Special Economic Zone and Freeport.

APECO remains steadfast in its vision of serving as a catalyst for the socio-economic development of Aurora Province contributing to the progress of the whole nation. (nab)